On Wednesday night, the world watched in horror as Russia unprovokedly attacked Ukraine, a free and independent nation. This heinous invasion by Vladimir Putin warrants a fury of sanctions to be imposed on the Russian regime.

This moment is yet another test for President Biden on the world stage. China and our other adversaries are closely watching our nation’s response. I urge the president to enact severe sanctions to swiftly decimate Putin’s further capabilities.

Now, more than ever, Biden must also embrace energy independence for America.

I stand firmly with the Ukrainian people and pray for their health, safety, and freedom as they defend their homeland from this baseless Russian invasion.

Please see below for more events from this week.

This week, I met with my Agriculture Advisory Council. We discussed the current state of our agriculture industry, including topics like rising input prices, supply chain challenges, and cattle markets, among others. 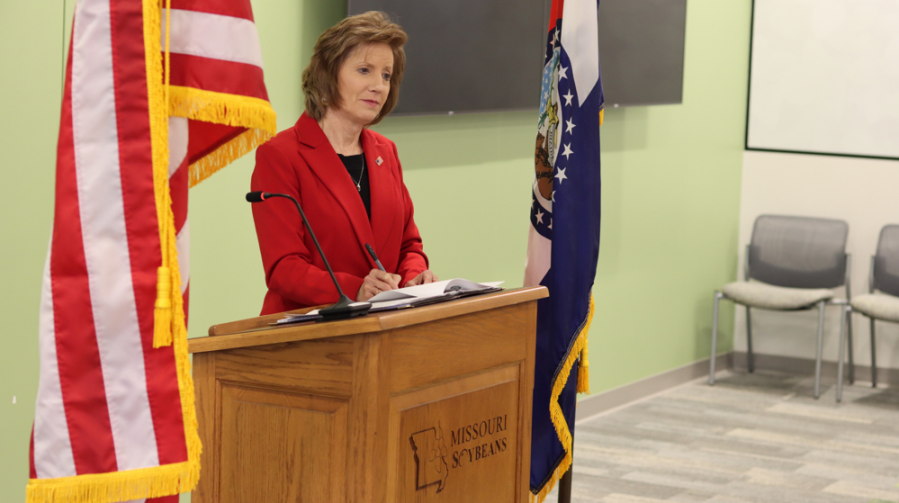 This esteemed group is vital to my work and I’m grateful for their input. We finished the meeting with a tour of the Center for Soy Innovation. A big thanks to the Missouri Soybean Association for hosting us and to all my council members! It was great to see everyone and discuss how I can best lead the fight in Washington for our farmers and ranchers. 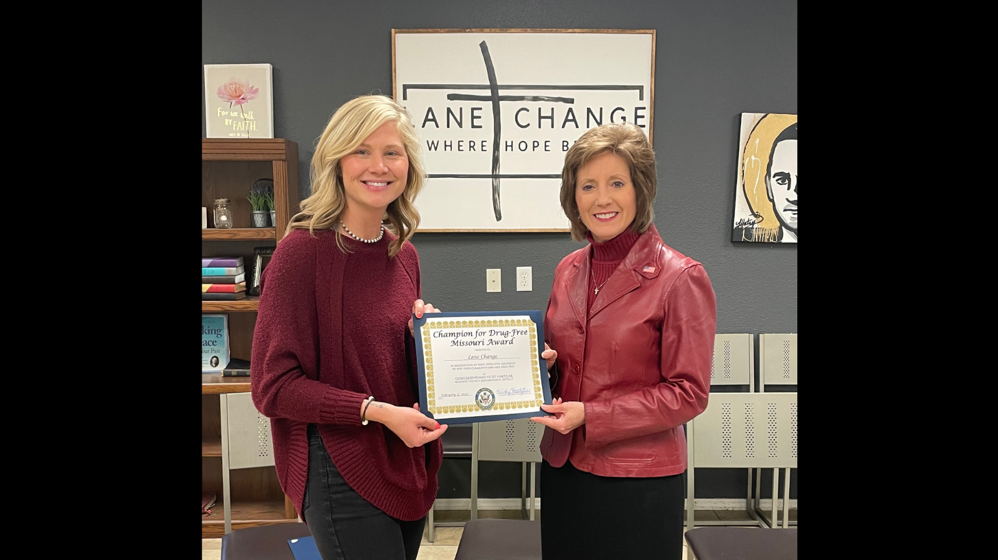 Our families, friends, and loved ones across Missouri have endured a devastating drug epidemic in our communities. According to the Missouri State Highway Patrol, one in three Missouri families has been affected by the opioid epidemic, and approximately three people die from an opioid overdose in our state each day.

We must solve this crisis.

A Missourian right here in Lebanon is currently championing an effort to combat this epidemic. Lauren Mitchell, Founder and Executive Director of Lane Change, spent the last three years transforming many lives through education, outreach, and prevention. Her organization has also helped families receive counseling and inpatient treatment for substance abuse through local and regional partnerships.

I am so grateful to have a leader such as Lauren in our community. Recently, I awarded her with our district’s “Champion for Drug-Free Missouri Award,” which recognizes entities in the Fourth Congressional District that have gone above and beyond the call of duty when it comes to combating Missouri’s drug crisis. 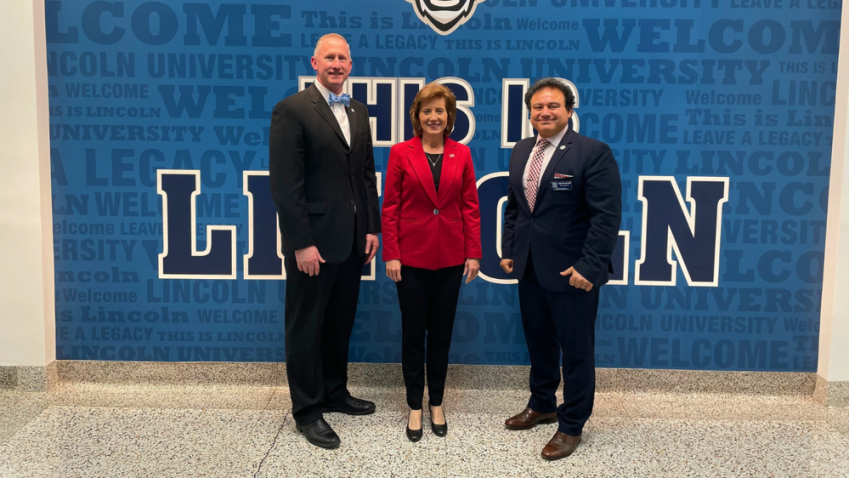 On Tuesday, I was pleased to meet with Lincoln University President Dr. John B. Moseley and Dr. Majed El-Dweik, the Dean of the College of Agriculture, Environmental, and Human Sciences at their campus in Jefferson City.

As one of Missouri’s two land-grant universities, Lincoln offers a unique perspective to their students. In our meeting, we were able to discuss some of the research the university is doing, including work with cover crops and hemp fiber. Afterwards, I toured the university’s Dickinson Research Center and greenhouses with Dr. El-Dweik and Marianne Dolan-Timpe, the greenhouse manager. 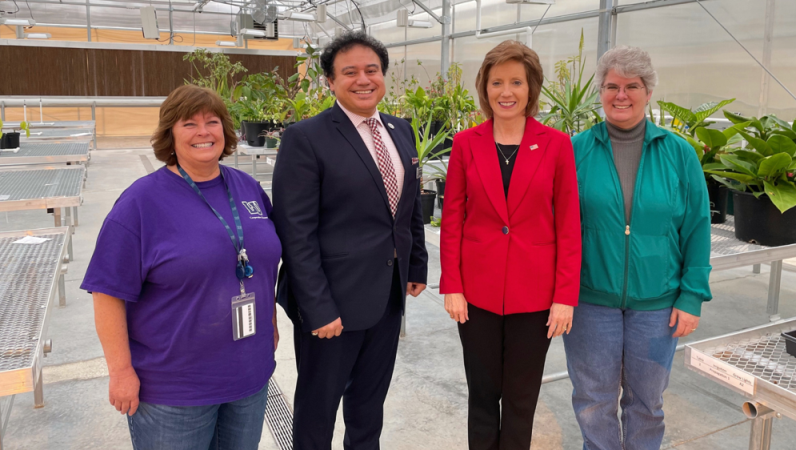 Thank you so much for your hospitality and giving me an inside look at this great educational institution. 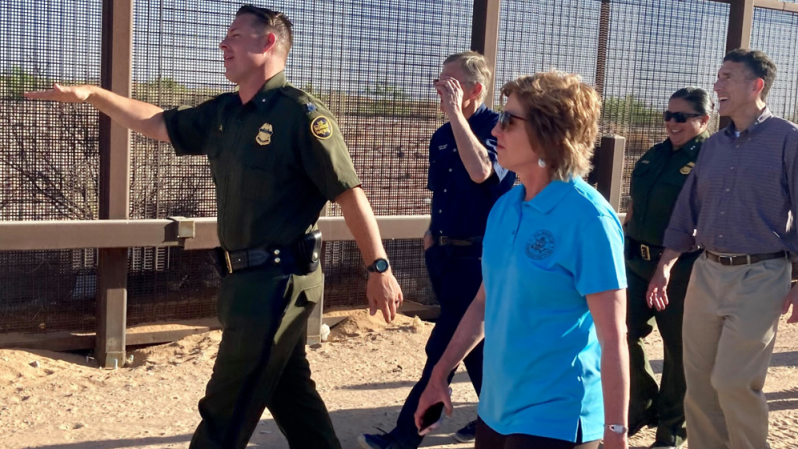 Last month, America saw double the number of illegal border crossings as there were in January 2021. Even more staggering is that of the 153,941 illegal immigrants encountered at the border, the Biden administration reportedly released 62,573 into our nation – meaning more illegal migrants were released into the U.S. last month than were deported by ICE in the entirety of Fiscal Year 2021 (55,590).

It seems as though I am rewriting the same message each month as President Biden has done nothing to combat our border crisis since he unleashed it on Day 1 of his term.

This blatant inaction by the current administration has caused an all-time low morale among our heroic Border Patrol agents. Who can blame them? For four years under President Trump, our border was secure and illegal immigration held in check. It’s past time for Biden and “Border Czar” Kamala Harris to enforce our nation’s laws and work for the safety of American families. 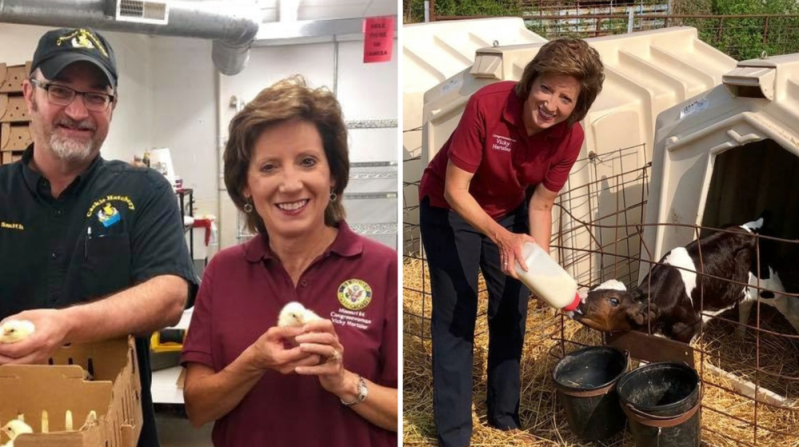 This week is one of the most special of the year: National FFA Week!

For 94 years, the National FFA Organization has educated our nation’s youth in the agriculture industry, producing an outstanding yield of future leaders. If you happen to be a farmer or rancher, know that our next generation truly looks up to you and your example of what it means to be an exemplary Missourian!