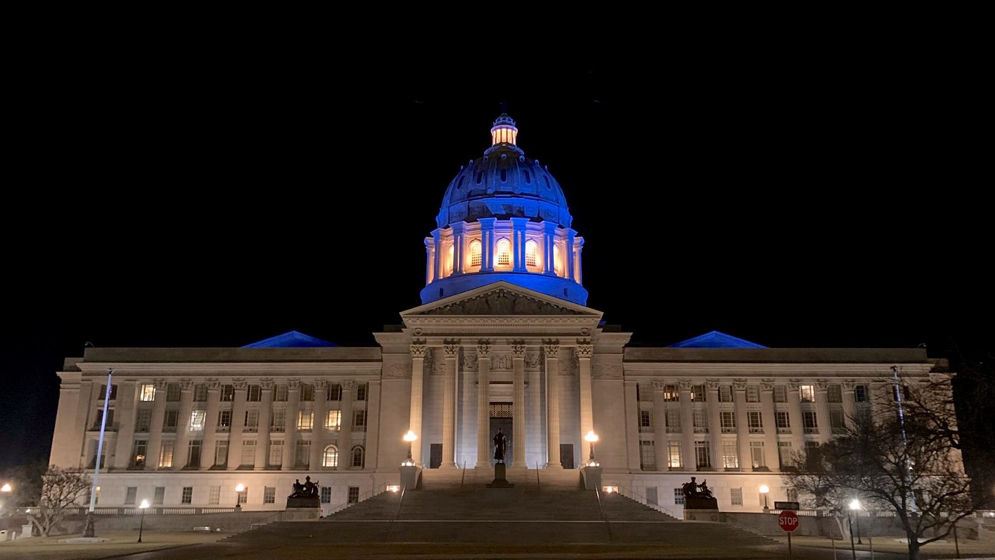 Missourians are firmly standing alongside the brave – and innocent – Ukrainians. Last week, our state Capitol was lit up with Ukraine’s national colors of blue and yellow to show our support. What a sight!

Here in Washington, I was proud to support my Missouri friend and colleague Ann Wagner’s resolution to do the same to the Gateway Arch in St. Louis. Though these actions may be purely symbolic, I am truly impressed by the show of unity by our fellow Americans against this unprovoked and horrific Russian invasion.

Please see below for more stories from this week.

Pain at the Pump 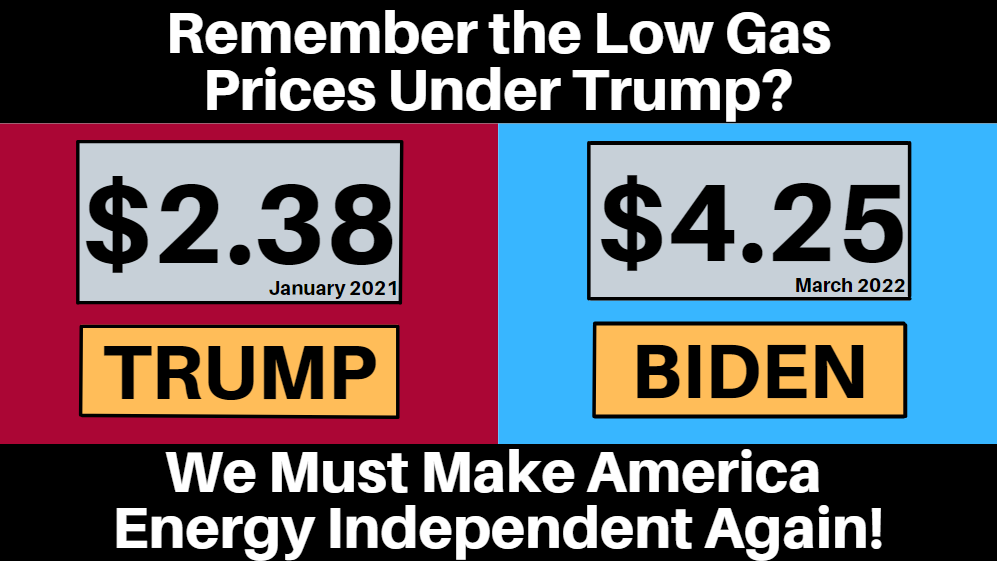 This week, America hit its all-time high average gas price – with no end in sight.

This was all preventable. On Day 1, President Biden ended the Keystone pipeline and issued a moratorium on new oil and gas permits on federal lands. Then he gave the green light on a pipeline for Putin. This effectively took away our energy independent status achieved under President Trump.

Now, the Biden administration is unbelievably asking Iran, Saudi Arabia, and Venezuela to increase oil production when America could just become energy independent on its own again. This is ludicrous and just the latest incompetence coming out of the White House.

It’s clear: We must lower gas prices in this nation. It starts with Biden working for the American people. 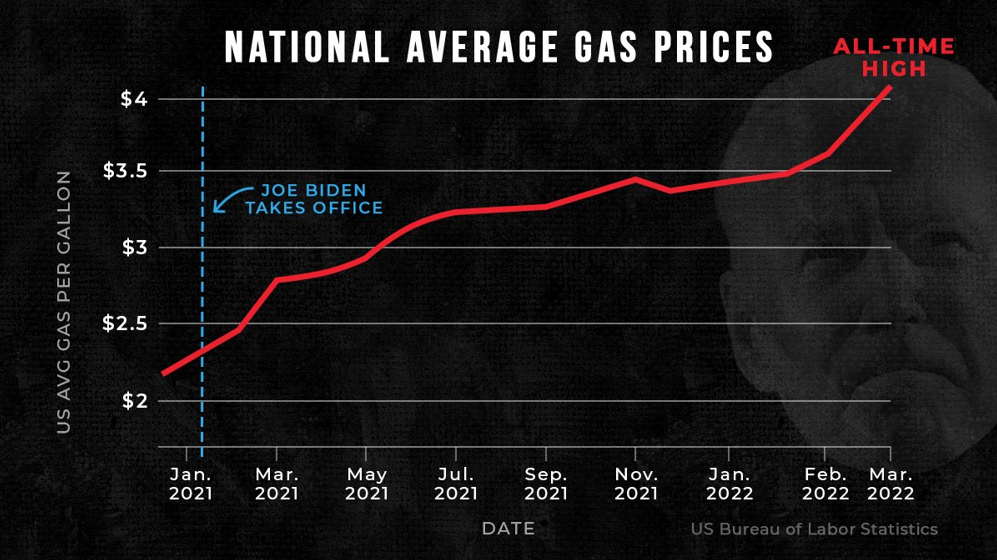 Supporting America’s energy independence must be a top priority for President Biden and Congress. The Democrats’ disastrous Green New Deal rhetoric and foreign policy agenda has been exploited by our top adversaries on the energy front – as seen currently in Russia.

While I am pleased to see Biden took Republicans’ advice and banned Russian oil imports, behind the scenes he is lobbying foreign dictators to increase oil production instead of making America energy independent.

What a slap in the face to America’s energy industry!

Republicans must push back on this lapse in leadership and promote a return to President Trump’s American energy independence for the benefit of families nationwide.

The following actions are critical steps Congress must take to address our current energy crisis: 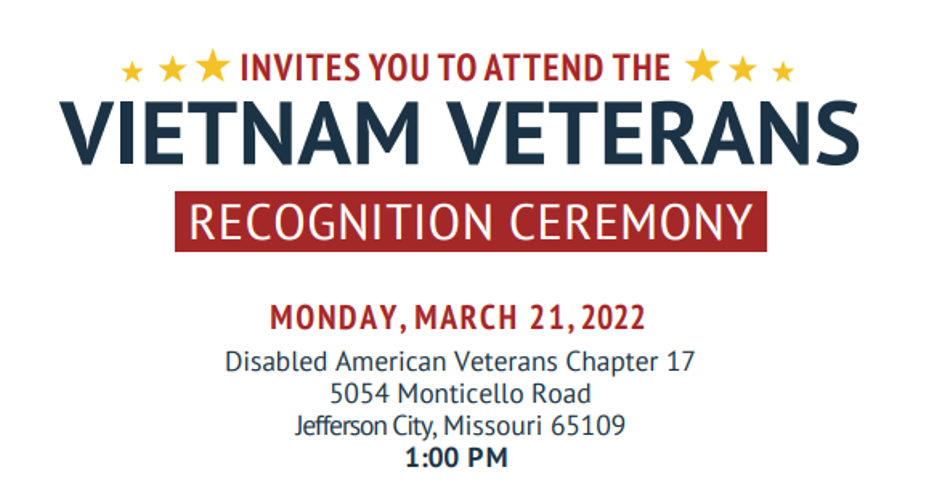 My Vietnam Veterans Recognition Ceremony is fast approaching – and I’d love to see you there!

On March 21st, my office will be partnering with the United States of America Vietnam Veterans Commemoration to recognize Vietnam Veterans in a special ceremony at the Disabled American Veterans Building in Jefferson City. Speaking alongside me at this event will be Lt. Governor Mike Kehoe, Secretary of State Jay Ashcroft, Maj. Gen. Levon Cumpton, and Vietnam Veteran and former Prisoner of War John Clark. As a part of this ceremony, Vietnam Veterans will be presented with a special Vietnam Veteran Lapel Pin and other items to express our nation’s most sincere thanks for their service.

The 131st Bomb Wing’s Chief of the Year 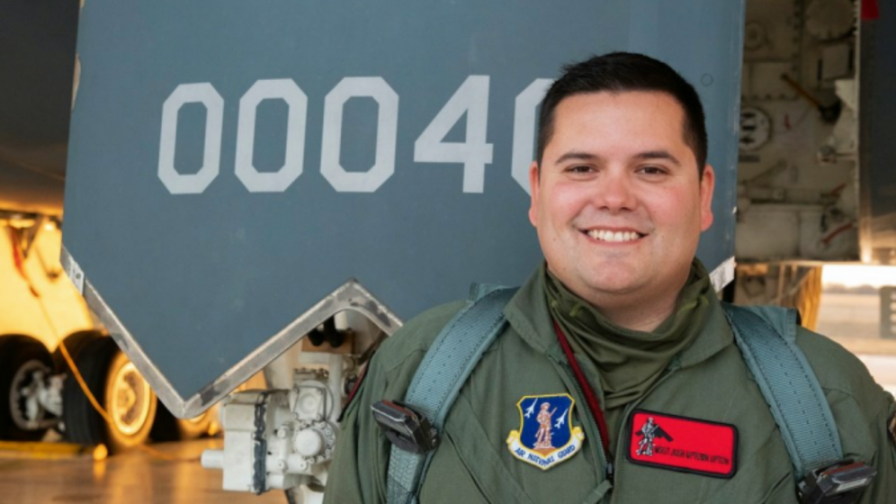 Master Sgt. Joshua Upton, the 131st Bomb Wing’s Maintainer of the Year, poses for a photo before an incentive flight in a B-2 Spirit stealth bomber, Jan. 27, 2022, at Whiteman Air Force Base, Missouri. As a dedicated crew chief for Spirit 88-0329, Upton took primary responsibility for ensuring the aircraft was ready to conduct operations anytime, anywhere.

I would like to give a huge congratulations to Master Sgt. Joshua Upton, crew chief with the 131st Aircraft Maintenance Squadron, who has been selected as the 131st Bomb Wing’s Maintainer of the Year!

Master Sgt. Joshua Upton has distinguished himself as an essential leader in the B-2 mission, providing both hard work and high performance while stationed and deployed. He was awarded with an incentive flight in a B-2 Spirit bomber on January 9th.  So far, Upton’s leadership as an aircraft-dedicated crew chief led to the execution of 18 sorties and 145.9 flying hours in support of 16 higher headquarters missions.

Thank you for your service and dedication to our country!